My Experience at Orange Sky

I first found out about Orange Sky when I was living in an apartment in Melbourne. I had recently moved in with two of my friends and they had similar passions for supporting people that were doing it tough. Without much of a plan, we found ourselves walking around the city at night in with the hope of finding people that we could help in some way.

We met some really cool people on our walk and just as we were about to call it a night we noticed a couple of tents set up under the bridge. We walked over to see if we could say hello and were greeted with open arms.

We had only been chatting a few minutes when they invited us to come along to a regular food service nearby. The first thing I noticed when I got there was a bright orange van. There were two people in front of it with orange shirts on and I had no idea what they were doing. My housemates went inside while I stayed behind to chat with the guys ‘orange shirt people’. They explained how they provide free laundry and it was clear that they had a passion for giving people a place to chill and have a genuine conversation. It was the first time I had seen anything like it really struck a chord with me. As much as I loved the idea of Orange Sky, I ended up volunteering at a night shelter instead…but it wasn’t to be the end of my story with Orange Sky. 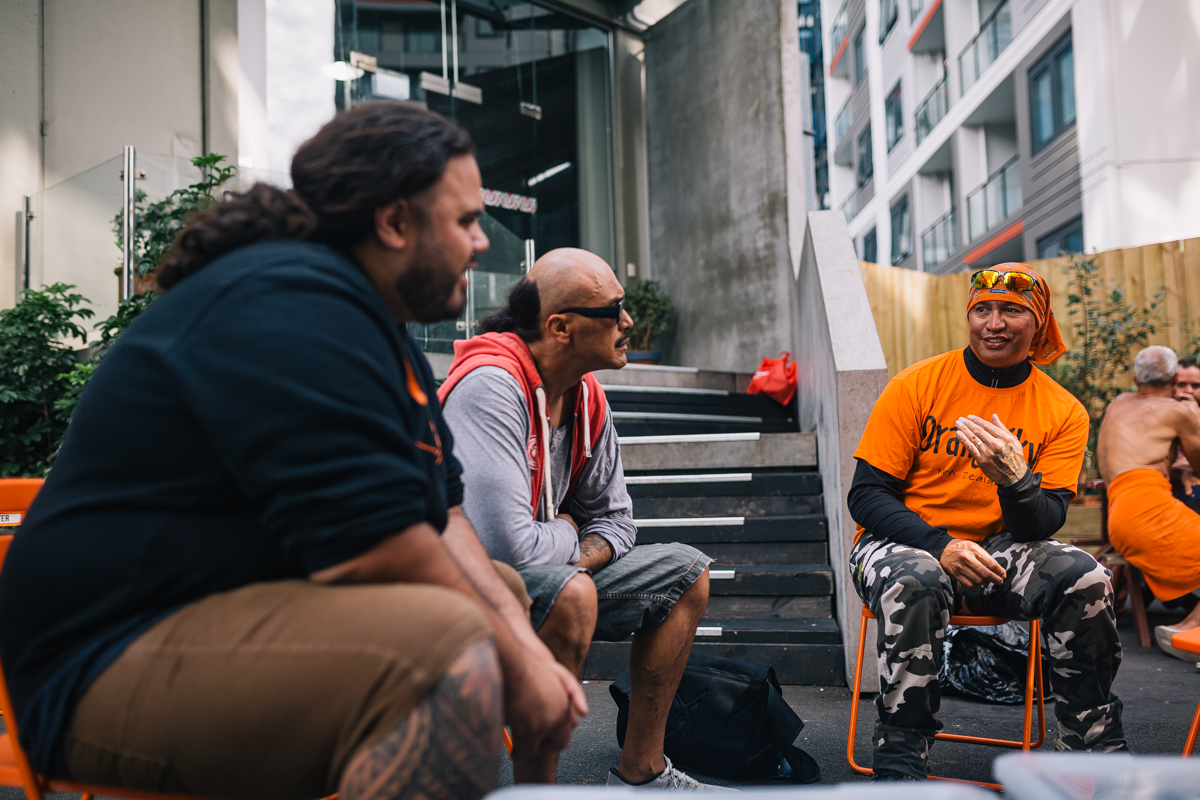 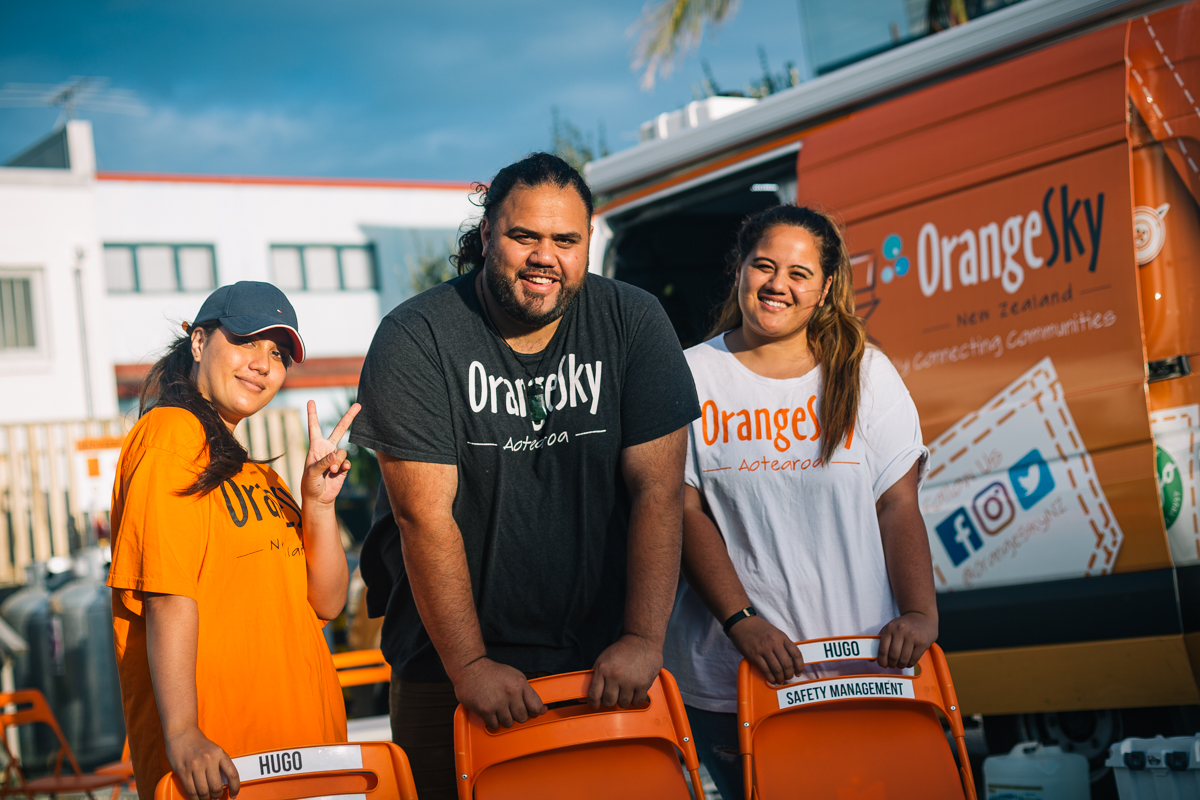 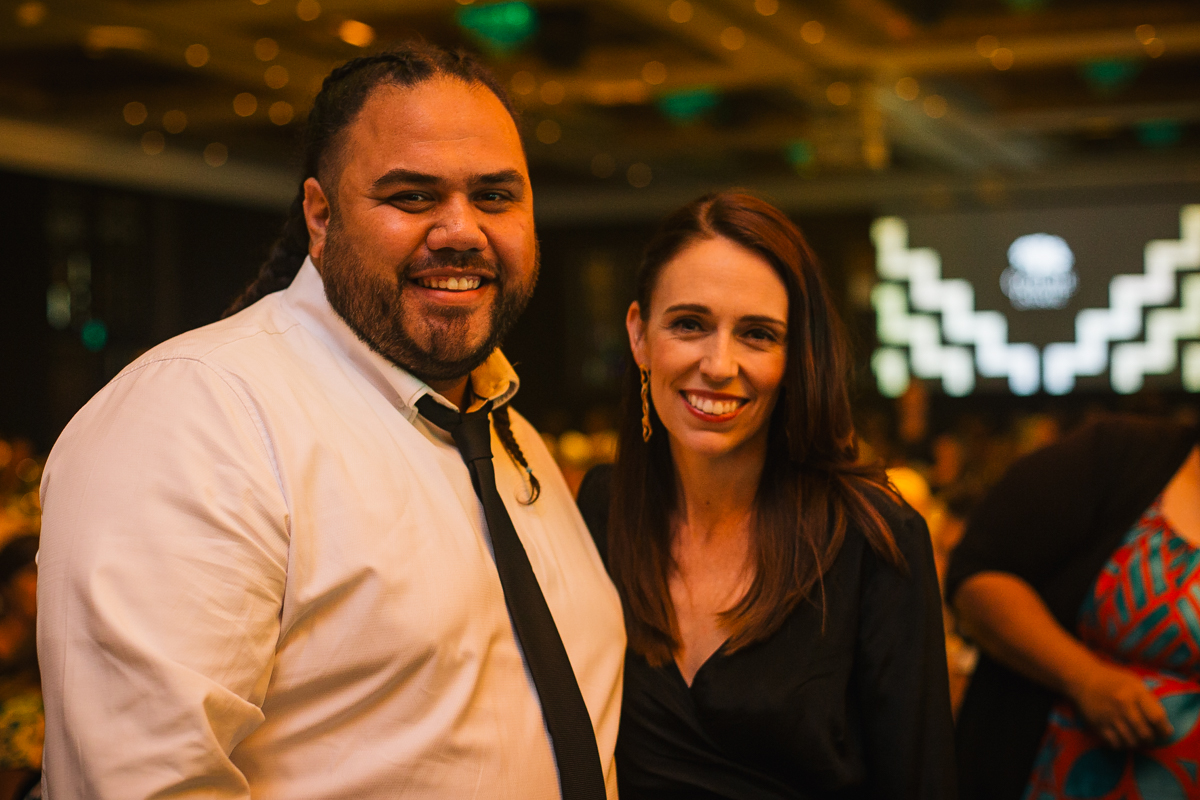 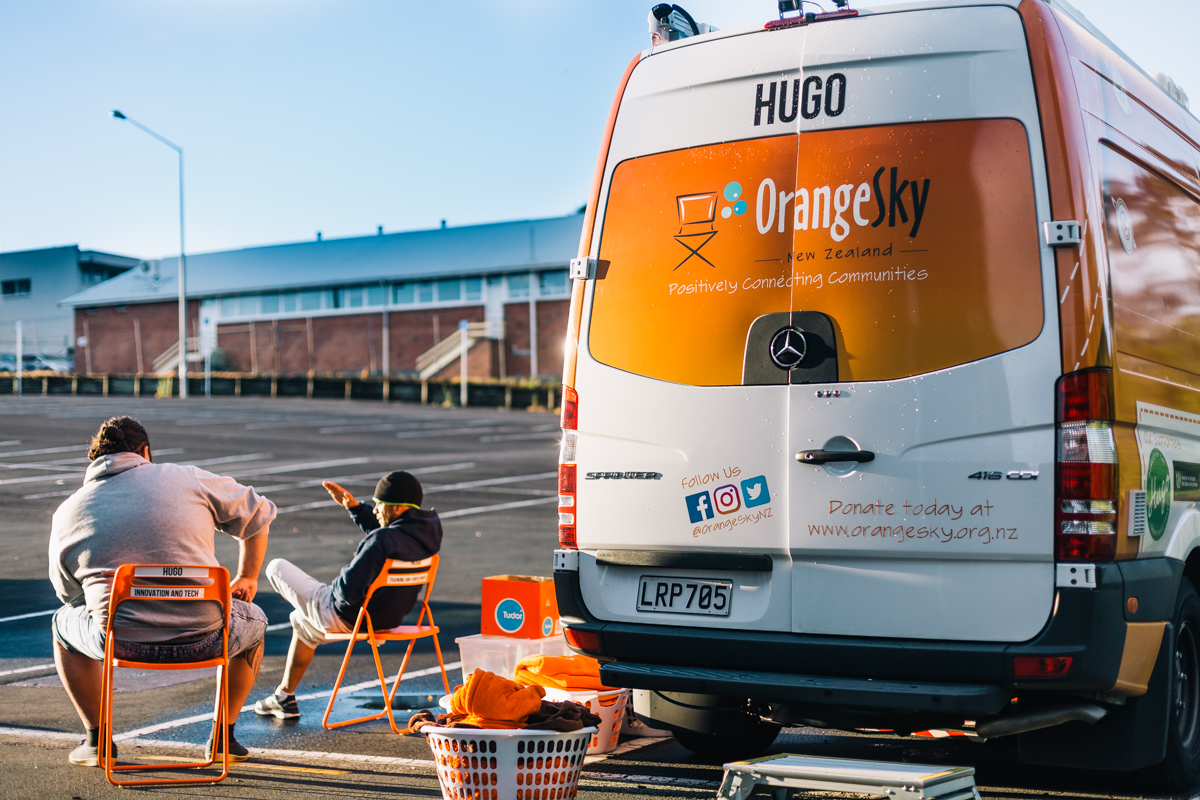 I’ve know Nic and Lucas for almost three years now. The best way that I can explain our connection is that we are three opposite sides of a triangle in terms of personality. But, at the center is a common purpose and passion to help positively connect communities.

Nic is the explorer – I’m amazed daily by his constant ideas and creativity. I have no idea how he is able to cram so much activity into a single day.

Lucas is the anchor – he brings everyone who believes in this vision together. I could never thank him enough for all the work he puts in behind the scenes. He provides the security that ensures everyone has the chance to continue our work supporting our friends long into the future.

Me? – Well, I am the passion. My life revolves around supporting people. Orange Sky has provided me with the tools and resources to make this happen. Every day I get the chance to build a positive connection with someone that might be struggling and build a community of volunteers that can make it scale to hundreds and thousands of conversations every day around New Zealand.

I will never forget Hugo’s (our van) first was with our friend Mike in Onehunga. There had been so much work behind the scenes to get Hugo on the road but, in the blink of an eye, we had made an impact on one person’s life. Mike was so excited to wash his clothes, have a shower and, most importantly, have a genuine chat with people that were passionate about scaling this to as many people as possible across New Zealand. Every wash is important but, as I’m sure all our volunteers can attest, you never forget your first wash!

As a team we have accomplished a lot in two years, but, all I can really think about is all of the friends I have made along the way. I now know the impact a wash or shower can have on someone’s day but it’s always been the connections and conversations that have kept me coming back. I’ve shared heart breaks just as often as I have shared victories. Everyone who has thrown washing in one of our machines and sat down for a chat are not just a nameless face. They are genuine friends that I have now come to know and appreciate.

Our growth has been steady and our mission remains the same. I’m sure we are not alone in the challenges that 2020 has brought us and we are learning to adapt and continue to safely provide our service during these difficult times.

There are still too many people in New Zealand that don’t have access to a hot shower or clean clothes. My dream is a New Zealand where everyone that is doing it tough and has access to a washing machine or shower in the form of a bright orange van.

I am proud of the efforts of Orange Sky New Zealand and know that we will continue to adapt our service to fit the needs of our Kiwis doing it tough. Sometimes I get emails from people in random countries around the world asking about this crazy idea. It is obvious we have something important to offer and I can’t wait to see where we can end up!