One word that symbolisesthe last 12 months

|In Uncategorized
|By Chau Le

I could sum up the past 12 months by a simple word and symbol; the word ‘change’, accompanied by the triangle, ∆ or Greek symbol ‘delta’. Change has been prevalent this year for Orange Sky, as it has been for many. Although nearing the end of 2021, I see that our crazy and broad ambitions have begun converging towards clear targets; much like the pointed edge of a triangle.

From our first wash in Sudsy to launching our volunteer management system Volaby (formerly Campfire); Orange Sky strives for innovation. We set a new five-year target to help 40,000 people by 2025, identifying the ongoing importance of innovation in everything that we do. This led to the development of Team Delta, a department focused on imagining new ways of helping people. I took on the role of Chief Delta Officer, with a mission to help more friends, develop new rigorous revenue streams and cultivate and curate Imagination and Innovation in what we do best!

I approached this new department by thinking as broadly as possible. The brief was simple; dream up innovative ways of helping communities that need us most, by giving some ideas a crack.

Our investigation to find communities needing laundry and connection support gave rise to the remote venture. Over a three month period, three team members and I hit the road in our orange truck, Rosco. We washed and yarned our way through 29 remote communities, with the intention to connect, learn and grow our remote services. 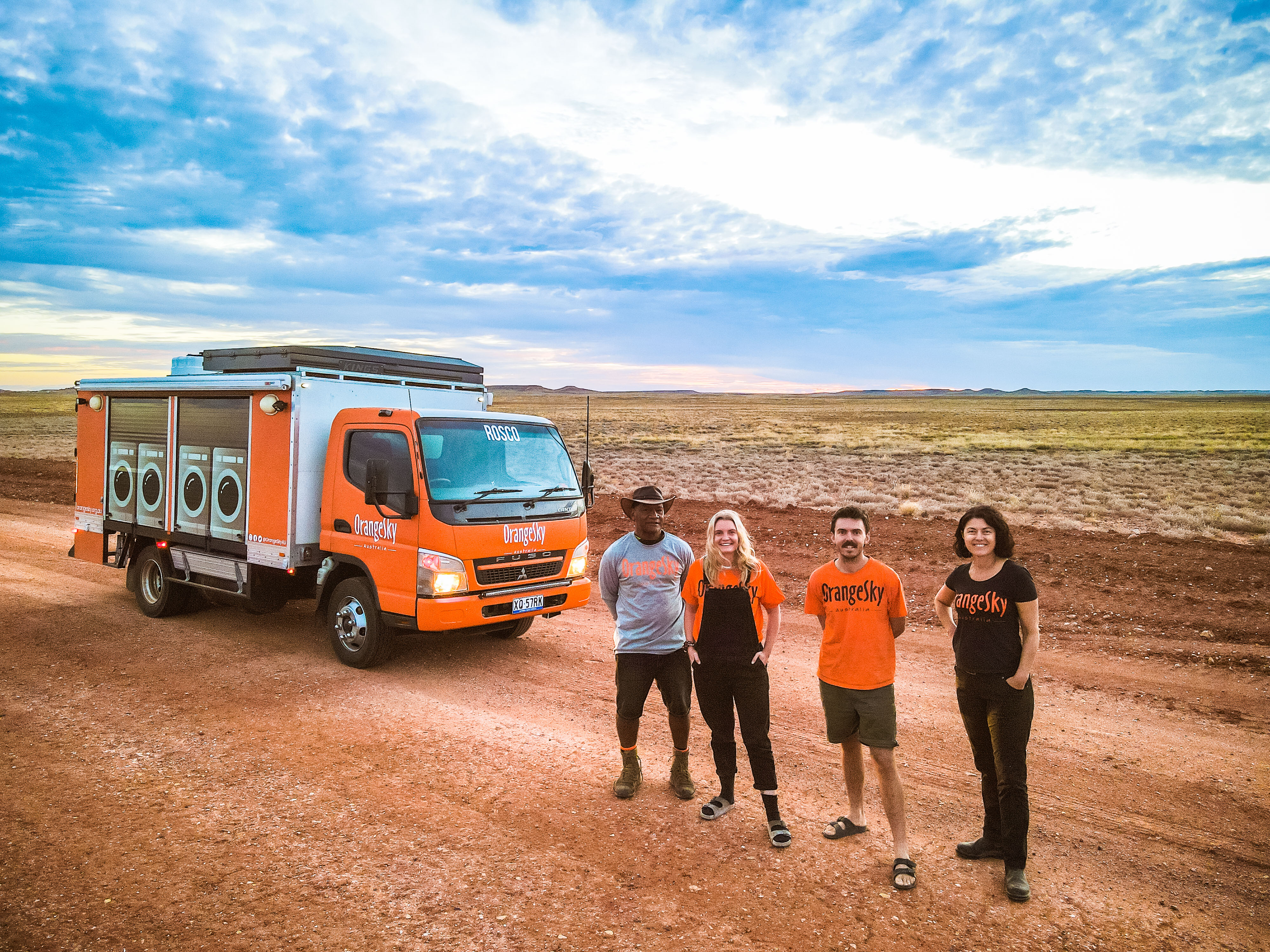 I cannot overstate the extent to which the venture informed Team Delta’s direction. While the washing was on, we sat with locals and community leaders, listening to stories that date back over 60,000 years. From central to top end Australia, children and Elders alike, it illustrated to us the importance of togetherness and Country.

Despite this, the ongoing disproportionate impacts of colonisation upon First Peoples was evident. In many places, limited access to health hardware, such as washing machines, continues to have significant impacts on health and wellbeing. It was clear that we needed to play a role in this space.

Following the remote venture, our team is now well on their way to tripling our impact in remote communities. In November, we launched a new service in Wadeye, with more locations ready for early 2022.

Learn more about our work in remote communities

While in Central Australia on Anangu land, the powerful sun was beaming down and an idea was born. It was here that the Waru Dryer was designed. To improve our environmental impact and build costs, Team Delta imagined a new dryer that ran on solar power rather than generators.

‘Waru’, meaning ‘fire’ in Pitjantjatjara, represents a meeting place as well as one of humankind’s first inventions. This meaning aligns to the journey and intention of our mobile laundry vehicles. The world’s first solar powered Waru Dryers continue to be rolled out across Australia; saving 80% of electrical energy each shift. 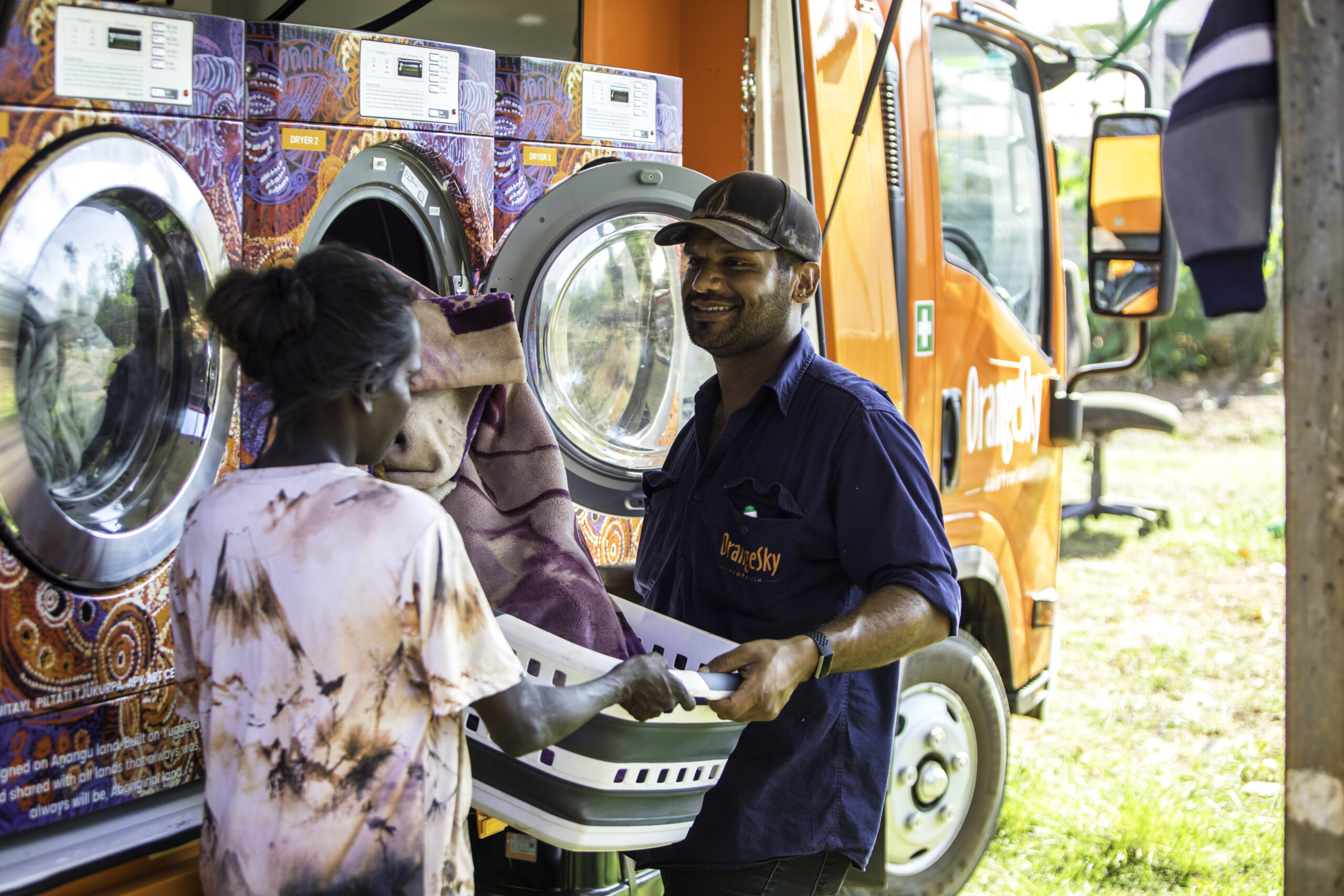 The phrase ‘necessity is the mother of invention’ certainly applies to the build of our new remote vehicles (RV). To support our existing and future services in remote communities, we knew that our city-dwelling vehicles needed redevelopment. Reliability is essential in geographically inaccessible locations.

The RV3.0 is the world’s first solar powered laundry van, with three washers and three dryers onboard, and equipped with our latest mobile laundry innovations including the Waru Dryer.

At this point, it would be remiss not to mention how Team Delta’s namesake became a COVID-19 strain that swept the globe this year. It feels almost suited that COVID would impact our imagination department, as it has done for many of our services and our daily lives. The Delta strain and pandemic continued to teach us to become more adaptable than ever to support our friends doing it tough.

Back at HQ in Brisbane, the team strived to new heights as well. Our volunteer software, Volaby, gained new incredible partners and was awarded the iAwards Queensland Not-for-Profit and Community Solution of the Year. Team Delta also launched two new laundromat offerings to extend our ways to help more people. Beginning in Toowoomba, the Laundromat of the Future, is a way for Orange Sky to perform volunteer-run shifts from existing laundromats to support friends. In November, we launched a Social Impact Laundromat in Adelaide (pictured below). This laundromat operates as a standard paid laundry service for the entire Adelaide community, with the added benefits that funds go towards powering our other free services. 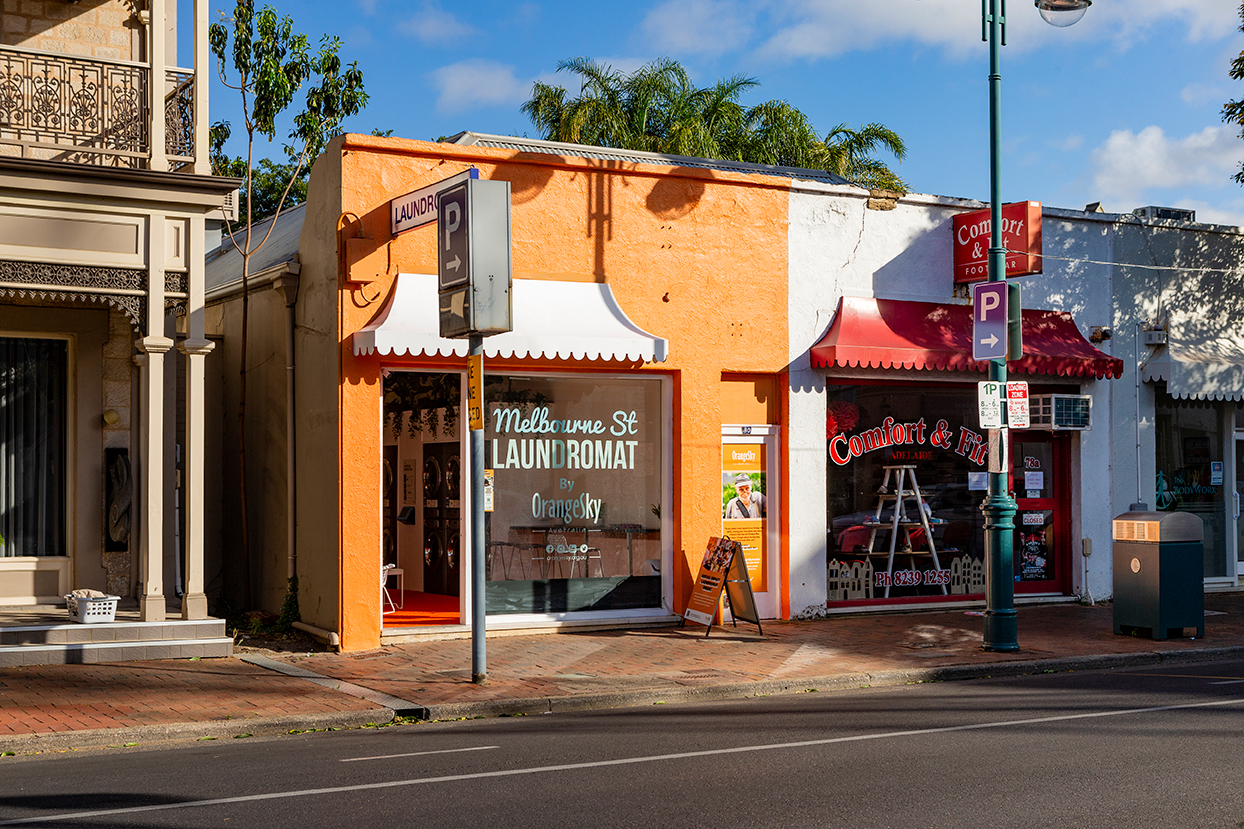 This year, we have achieved some of our greatest innovations since beginning Orange Sky. Despite the flows of change, I’m grateful to see the continuation of connection found on our six orange chairs. This togetherness is what Orange Sky is all about and is particularly important around holidays. It brings me warmth knowing that across Australia and New Zealand, our core values are emulated by incredible volunteers, and made possible by our team, supporters and service providers.

I found it interesting to learn that originally the delta symbol was a Phoenician letter meaning ‘door’. As we close out 2021, there is a sense that we are stepping through the door and into a landscape of new and exciting change and growth ahead of us.

Orange Sky acknowledges Aboriginal and Torres Strait Islander people as the traditional custodians of the land across Australia. We pay our respect to Ancestors and their descendants who hold a continued cultural and spiritual connection to the land, seas and community and would like to recognise and uphold Indigenous knowledges and contributions of all Aboriginal and Torres Strait Islander people. We are committed to working together to create a positive future through our Reconciliation Action Plan.